You would be forgiven for thinking this website is written and managed by someone with, if not mild schizophrenia, at least the mind of a child. And the body of a child. And the attention span of a small bridge capable of producing it’s own tension. [Insert joke here.]
But no, the schizophrenia is yet to be diagnosed, adulthood was pronounced terminal nearly three years ago upon graduation from university, and you’re reading the words of a man fully capable of making his own indecisions; though he compensates with self-deprecation and hates it when people speak in the third person.
You would too though if you had the option of instead being self-referential in second person while throwing in a second punchline to a joke nobody noticed the first time around.
Long story short (story?) I am no longer leaving on the adventure of a life time by way of an antipodean intra-continental road trip before an intercontinental backpacking jaunt, because who needs the adventure of a lifetime if you’re already on the adventure of now?
Aside from the schizophrenic aspect (or maybe exactly because of it?!) you should now be imagining the Brad Pitt to my Edward Norton telling me that this is my life, and it’s ending one moment at a time!
Fight Club may not be the most allegorically apt tex for my life right now, although surfing could be seen as the freedom of losing all hope, falling lower in the hope of flying higher and whatnot. And while there is a Marla she’s not an awful klepto; she’s actually quite sweet.
However I will be waking up in a different place, at a different time, but as just the same person throughout July and August when Splendour in the Grass and a snowboarding trip to New Zealand satiate any need I have to venture further afield.
Because seriously, have you been to the South West? Rich Wisken’s Brumby was fuelled by its own sense of self-satisfaction for having called this place its home.
If you need me, I’ll be here, watching 90s cult classics and doing exactly this with a self-satisfied grin I’ve modelled off Jeff Lebowski. 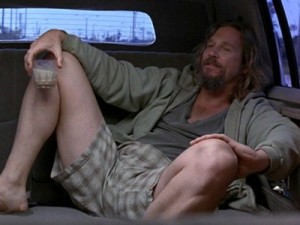 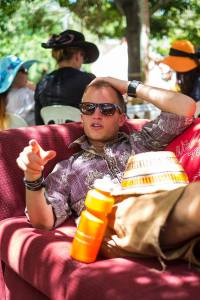