In the middle of the Columbia River, about six hours south of Revelstoke by canoe, we paddled by a half-submerged stump.
Is ‘time by canoe’ an acceptable metric of distance? You get the idea.
I could use farthings or leagues and completely lose your interest.
Not that the sentence ‘there was a stump in a river’ is really an attention grabbing phrase, is it?
Not without Hemingway’s name preluding it.
I could attempt to emulate his style to but don’t expect too much from me.
“The house was set back from the street and in the front yard a cherry tree blossom had begun to whiten and become vibrant in much the same way the bitumen wasn’t.”
Yeah, that dude and passive voice hey. I can’t compete.
But back to that half-submerged stump and the time I paddled past it.
Of course, the Columbia River is typically about 40 per cent fallen trees and parts thereof, so the occurance in itself was not exactly cause for a blog post.
And during a summer which followed such a snowy winter, the river’s swift growth and fierce inundation of the valley, this number is probably even higher.
Though not actually as high as my hyperbolic exaggeration. Again, you get the idea.
We came to this particular stump (you know the one) just south of Mt Cartier where the river was wider than I had previously seen.
And, as the water was higher than many previous summers, I would wager it was wider than many had previously seen.
And so it flowed slowly, or barely at all.
Certainly, with a headwind, it appeared to not assist the downriver travel of hungover and sunburnt paddlers in any capacity.
And it seemed our stumpy hero decided this particular point in the mighty Columbia was as good as any for snagging itself and letting the days continue to pass it by.
Anthropomorphising a stump! My university professor would shit if he read this.
But snag itself it did, whether consciously or not, it’s not my place to say. Though I did.
And not surprisingly, either, as his collection of gnarled and twisting roots had impressively remained intact and pointed skywards through a full 180 degree rotation above the water as if they still searched for the most nutrient rich and sturdy ground.
Had our stump (I’m bringing you into this, now) not been cut from his trunk by the ever-enthusiastic logging contractors which have carved their presence into the banks of the Columbia over decades, the trunk may have pointed south for 40 or 50 metres.
But now he was just a stump, separated at death from being a whole tree, his heavy head sank towards the river floor and his roots searched the skies from east to west.
But life was not wholly gone from this wayward stump, as it carried a curious passenger on its sundrenched bow.
A small snake had stretched itself out across the dry and raised section of stump and was presumably hoping to ride along the river until dry ground was closer than the current current allowed.
I assume, given the frigid waters of the Columbia and my lack of knowledge surrounding Canadian snakes swimming prowess, this particular wriggle stick had been on board since the last time our stump had gone ashore.
Either way this danger noodle must have had misgivings about its situation, with either another long and cold swim across the Columbia or the prospect of attempting to find food on a stump which itself was completely out of its depth.
It is all speculation though isn’t it?
I am not at all aware of the travelling nature or strategy of Canadian reptilia so my concern for the scaly sausage might have been wildly misplaced.
Perhaps she had brought with her a veritable bouquet of snakey snacks and was wholly comfortable sailing her makeshift ship as far as the current, or her life, would take her.
She may actually be entirely capable of swimming the 500 metres of icy water to shore and was just enjoying a spot in the sun while she had the chance.
Or perhaps her life was already at its end and being an astute creature she, as is her want, was content to end it there, on her throne of cedar and decay.
Given my thing was also just making my way down river at my own pace, any curiosity of the snake’s mortality was somewhat ironic.
I should just observe, offer guidance, take my photographs, and move on.
Oh, look! I found a moral to the story.
This started out as a sarcastic ramble and true to form it has pretty much remained so throughout with absolutely nothing worth reading.
Unless nonsense is your jam and you’ve time to kill.
Which I know you do.
You came here from Facebook, after all.
I have used Modest Mouse lyrics in my writing before and I will again, but Isaac Brock has a particularly pertinent line from one of his most famous songs and I’m going to throw it in here.

I was going to throw in the line about the fake jamaican and his scam, though that might not have brought home the same point.
These lyrics are a vague and generalised way to look at life and the way you live yours and the way the people around you live theirs, but in our own way we’re all just trying to keep our heads above water.
And as long as you aren’t trying to pull anyone under while keeping yourself up, you’re okay by me.
So I guess I should hope just to continue on this river, sometimes paddling, sometimes floating, and maybe to find some good company to join me along the way. 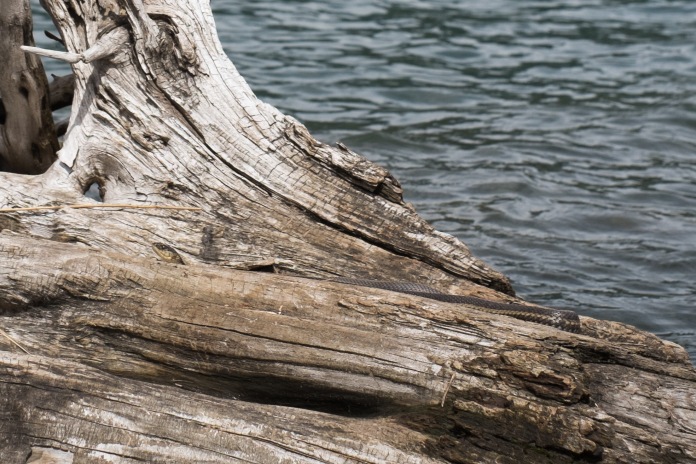